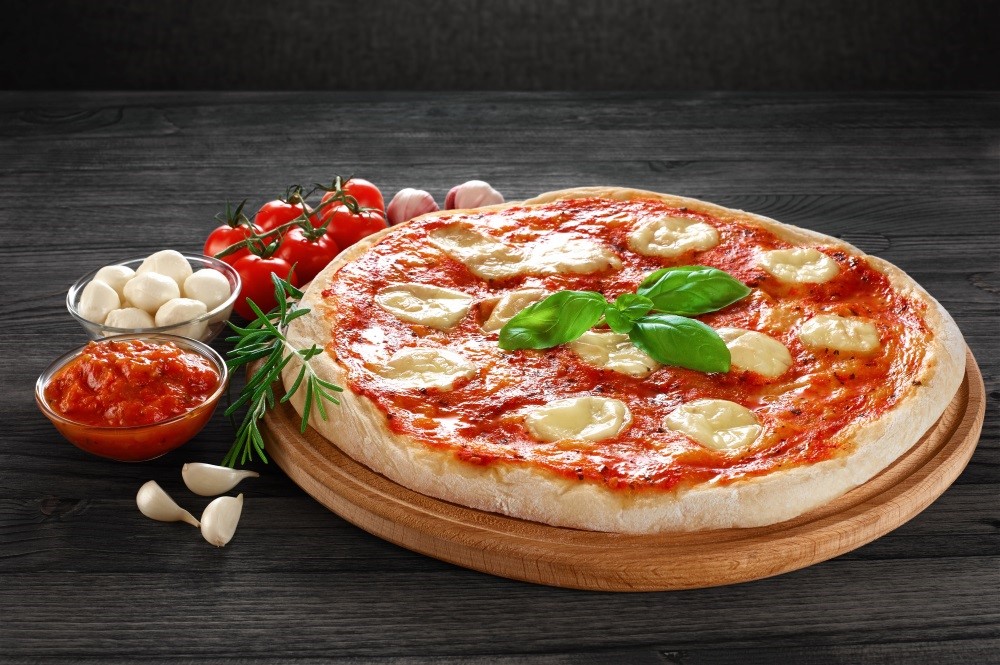 Pizza in Italy: a timeless tradition

Every Italian loves pizza, we can say that it’s in the Italian DNA: pizza is a comfort food, a convivial meal, a tasty snack, basically, it’s an evergreen. In Italy there are different kinds of pizza: pizza napoletana, pinsa romana, focaccia and calzone are the most popular variations of this amazing food. All these variations of pizza are then seasoned in a lot of different ways: in every “pizzeria” (Italian pizza shop) there are at least 20 different seasoning options. Let’s see what the favorite pizzas of the Italians are.

The first place in our ranking obviously goes to one of the most common pizzas in the world: pizza margherita, seasoned with tomato sauce, mozzarella fiordilatte, basil and olive oil. This kind of pizza is the favourite of children, but it’s also loved by many adults: the taste is simple, but the great quality of the Italian mozzarella makes this pizza absolutely amazing.

Marinara: from the sea

Marinara is a very savory pizza, it’s made with tomato sauce, garlic, oregano, anchovies and olive oil. This pizza is the favorite of the men of Southern Italy; the strong flavor perfectly matches with the softness of the Neapolitan pizza dough, the final result is absolutely surprising.

This kind of pizza is very famous in Italy, it’s one of the favorite pizzas in the whole country. The ingredients are: tomato sauce, mozzarella fiordilatte, prosciutto cotto (Italian baked ham, cut in very thin slices), champignon mushrooms and artichokes hearts. There’s a little legend on the birth of this pizza: this seasoning was invented by an exhausted mother, who didn’t know how to satisfy the requests of her fickle daughter; so one day, she decided to make a pizza for her girl, seasoned with everything the little one loved; the result was so good that everyone wanted a slice, and that’s how pizza capricciosa was born.

Quattro formaggi: for the cheese lovers

“Pizza ai quattro formaggi” is one of the best variations of pizza that you can find in Italy if you’re a cheese lover. This pizza is seasoned only with four different Italian cheeses: mozzarella fiordilatte, fontina (a milk cheese typical of northern Italy, which perfectly melts), gorgonzola (a veined Italian blue cheese), and Parmigiano Reggiano (or Grana Padano). The melted cheese and the crunchy dough make this pizza one of the tastiest!

This pizza is seasoned with sausages, champignon mushrooms, garlic and mozzarella fiordilatte (optionally tomato sauce). The taste is rich, yet rustic; it’s a very popular pizza in central and northern Italy, both children and adults love “Pizza alla boscaiola”, for it’s very greedy and appetizing. The name of this pizza comes from the ingredients, which are typical of the forested areas in Italy.

This kind of pizza is loved by the kids and the teenagers in Italy: it’s yummy and made with the ingredients that every kid loves! This pizza is not appreciated by the adults in Italy, for they prefer a more complex taste on their pizzas.

Pizza alla norma is seasoned with tomato sauce, fried eggplant dices, basil, olive oil and ricotta salata, a cheese typical of southern Italy. This variation of pizza reminds to the homonymous dish of pasta, made with the exact same ingredients, and typical to the region of Sicily. “Pizza alla norma” is very appreciated in southern Italy and in Sicily, thanks to its rich taste and its ingredients, which are typical of the territory.

Calzone is one of the most loved variations of pizza; it can be fried or baked in the coal oven. Although this product is typical of the southern regions, it is loved all around Italy! Basically, a Calzone is a folded pizza, closed and stuffed just like a “raviolo”. The most common fillings are: margherita (a lot of tomato sauce and mozzarella, with basil and olive oil to season); prosciutto cotto (the Italian baked ham, in slices or dices, and a ton of mozzarella); and cheese, but you can choose to put your favorite pizza seasoning inside a calzone. This kind of pizza is very creative, and you can personalize it as you like, that’s why it’s so appreciated in Italy! If you cant make it to Italy stop by Delicious Pizza in Hollywood and grab a slice. See why locals call it the best pizza in LA 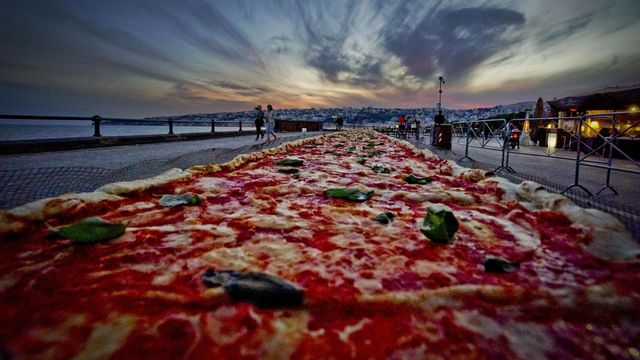 History of Pizza from Naples to California

There are more than 75,000 pizzerias across the United States, this means one out of ten restaurants in the country serve pizza. The average American citizen eats 23 pounds of pizza every year. Today one in eight Americans will have pizza for dinner. We love pizza, but do we know where it comes from? How is it made? Properly?

Pizza was born in Naples, Italy, sometime in the 19th century, when the centuries-old European flatbread met American tomatoes. Pizza soon grew in popularity and immigrants brought it to America in the early years of the 20th century. Lombardi’s, in the Nolita neighborhood of Manhattan, New York City, opened in 1905 and is recognized as the first pizzeria in the States.
Neapolitans take their pizza seriously, they created the Associazione Verace Pizza Napoletana in the 80s, an international organization that dictates how an authentic Neapolitan pizza should be and how it must be made.
True Neapolitan pizza should be 11.8 to 13.7 inches in diameter, it must have the famous cornicione, the raised edge. The dough has to leaven twice for a total of 6 hours and ingredients must be top notch. The oven must be heated to 806°to 896° degrees, so the cooking time is incredibly short, between 60 and 90 seconds! The pie is cooked through, and the delicious mozzarella is bubbly. Ain’t this an art form.

Today there are more than 100 pizzerias in the United States who honor the traditional ways of the Neapolitan Association, but pizza is a canvas, and the traditional ways are not the only ways.
The same decade Italians protected their tradition with their Association, a man in California dreamt about pizza, a different kind of pizza. Pizza maker Ed LaDou developed what would later become the California-style pizza, one that can be topped with anything, from BBQ chicken to smoked salmon and caviar. Legendary chefs like Alice Waters and Wolfgang Puck were also instrumental in this revolution. Without a doubt, California-style pizza is rightfully a noble pizza; the crazy Californian cousin of the traditional Neapolitan Margarita.
Neapolitans take their pizza seriously, they created the Associazione Verace Pizza Napoletana in the 80s, an international organization that dictates how an authentic Neapolitan pizza should be and how it must be made.

Today the most popular pizza topping in the country is pepperoni, a crowd pleaser though evidently not the most interesting choice, but every known ingredient has been added to pizza sometime, somewhere: from bananas to chicken tikka masala.
Whether you like a traditional pizza or a creative pie, Know that it’s always just a phone call away at Delicious Pizza in Hollywood. Pizza anyone?

The Secret History of Delicious Vinyl, the L.A.-Based Indie Label that Birthed Some of the Most Iconic Rappers